What does the exposure handswitchbrake four-core wire do?

The cable of the exposure handswitch is used to control the switch of the handbrake. The exposure handswitch of the four-core wire is generally a two-speed handbrake, and it is also the most commonly used handbrake style on X-ray machines.
It is the safest design to control exposure with two gears. One gear is for exposure preparation, the bulb is preheated, and the second gear is used to control exposure, which can not only prolong the service life of the X-ray machine, but also prevent exposure caused by accidental touches and emit unnecessary X-rays. rays of light. Generally speaking, two cables form a loop, and when two cables are connected, a gear is controlled, so a two-speed handbrake generally requires four cables. However, in order to save costs, three cables can be used instead of four, one of which is the common end of the two loops, and the three cables can also form two loops to control the exposure of two gears.
Weifang Newheek Electronic Technology Co., Ltd. provides first-gear, second-gear, third-gear and wireless exposure handswitch, which can be used for maintenance and replacement of hospital X-ray machines, and can also be used for production support for X-ray machine manufacturers. 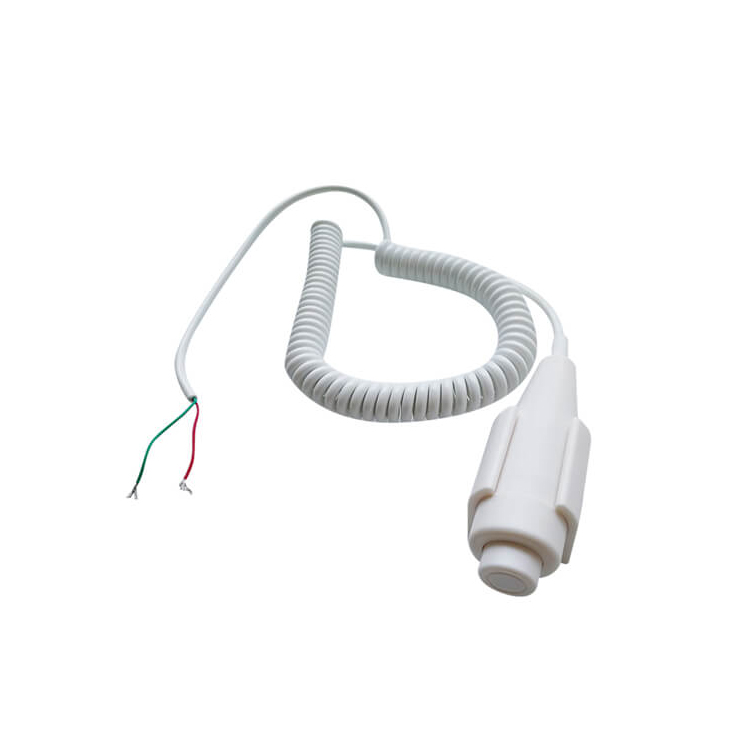